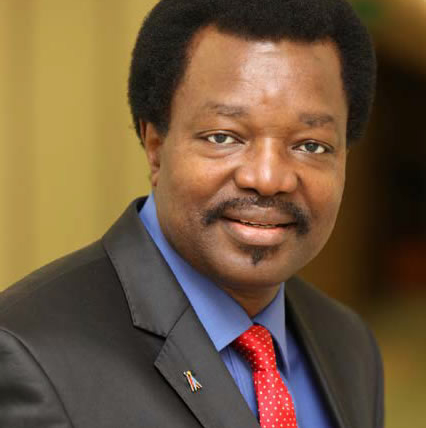 Of Nigerian nationality and born in 1958, Dr. Kingsley Ojoh hails from Delta State, an indigene of Idheze-Irri in Isoko South Local Government Area, in Delta State.

Of Nigerian nationality and born in 1958, Dr. Kingsley Ojoh hails from Delta State, an indigene of Idheze-Irri in Isoko South Local Government Area, in Delta State.

He attended Saint Finbarr’s College, Akoka between 1972-76 and was the School’s Senior Prefect (for Rev. Father Denis SLATTERY) in 1976. Dr. Kingsley Ojoh studied for his Bachelor of Science degree in Geology at the University of Ife (now Obafemi Awolowo University “OAU”, Ile-Ife), graduating with Honours in 1980.

Armed with a French Government Scholarship in late 1982, he proceeded to France in February 1984, where he earned his Diplome d’Etude Approfondie (D.E.A.) – MSc Equivalent in Geology in 1985. This was followed by a PhD (Docteur en Science, Geologie) in September 1988 at the Universite d’Aix-Marseilles III, France, specializing in Stratigraphy, Sedimentology and Basin Analysis.

Then, he assumed office as the 2007/2008 PRESIDENT of NAPE, from November 2007 to Nov. 2008. He has been a Fellow of the Nigerian Association of Petroleum Explorationists (NAPE) since 2005. Dr Kingsley OJOH & his wife Mrs Marguerite Batiya OJOH are ordained Ministers of the Gospel of Jesus Christ and Servants of the Most High God, Jehovah, with a burden and calling for Christian married couples in the Body of Christ, all over the world.

He is married and contented with one beautiful & virtuous wife, a Tanzanian, naturalized Nigerian, Pharmacist, 1991 graduate of ABU (Ahmadu Bello University, Zaria), now with two beautiful children (a girl and a boy).